Huawei wants you to treat Honor devices independent of the Chinese tech giant, but truth be told, the line between the two is as blurry as it can get. This is especially true when it comes to software experience and software updates.

Sure, Huawei did introduce Magic UI as an exclusive for Honor devices, but to date, some Honor smartphones are still receiving EMUI-based updates, the latest version arriving as EMUI 10.1, up from EMUI 10.0 that first brought Android 10 OS to eligible devices.

By the look of things, it seems the Magic UI skin is reserved for premium Honor devices while the rest are still stuck with EMUI updates. Regardless of the skin you get, though, the base OS is still Android. 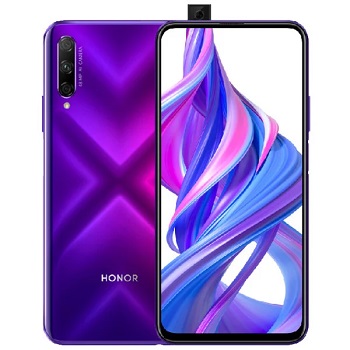 The latest stable version is Android 10 and in this article, we keep track of all Honor smartphones that have received this version so far, be it with EMUI 10.0, Magic UI 3.0, or their newer iterations.

It’s worth noting that OS updates are rolled out gradually, so don’t be surprised if your device appears on this list yet you haven’t received the update. Without further ado, let’s dive in.

Stable Honor Android 10 update is available for these phones

Honor devices started receiving the stable Android 10 update in November 2019 alongside a bunch of Huawei-branded devices. Below are the devices that have picked up the OS so far.

Note that we will keep updating this article as and when we have new info. Also, feel free to chime in with your comments in the section below. We have also compiled a list of devices that are likely to receive the official Huawei Android 11 update here.

Huawei has published an official list of Honor devices that have so far been upgraded to either Magic UI 3.1 or EMUI 10.1 update. The list comprises of the following devices: The Honor Play 4T Pro, which runs Magic UI 2.1 out of the box, will begin testing Magic UI 3.1 beta based on Android 10 later this month. See the full story here.

In addition to the Honor Play 4T Pro that we highlighted a week ago, the Magic UI 3.1 beta update is now available for the Honor Play 9A as well, but this is happening in China. See the full story here.

Thanks to a comment made on the Honor community by a support professional, we now know that the Honor 20 will be receiving the Magic UI 3.1 update in India by the end of July. Thus, users can expect to see the update roll out either today or by tomorrow. See the full story here.

The Honor 20 is finally receiving the Android 10 update along with the company’s Magic UI 3.1 skin in India. The update comes with the software version C431E9R3P7 and it also brings the June security patch. See the full story here.

Huawei seems to have released the Magic UI 3.1 update for the Honor View20 in India. This new update is rolling our as version 10.1.0.221 in the country and comes with an OTA download size of 4.91GB. See the full story here.