The One UI 2.5 update from Samsung is now reaching the Galaxy S20 series variants across the globe. Also, the Korean tech giant launched the Galaxy Note 20 series earlier in the month which offered One UI 2.5 out-of-the-box.

While more devices are slated to get the One UI 2.5 update, the same cannot be said for older Galaxy devices. The likes of Galaxy A3 (2017). J5, J6, and the Galaxy J7 variants might never get the latest custom UI update from Samsung.

However, there are modders that are developing custom ROMs based on Samsung’s One UI. Astrako, a Recognized Developer on xda-developers has released the Android 10-based One UI 2.5 ports for several Exynos 7870 SoC powered devices.

The download link for the H-ROM N20 Port V1.0 is given below so be sure to give it a go if you like to play around with your device(s). Also, this One UI 2.5 port offers all the features from the Galaxy Note 20 series like native call recording and more.

While the OEM has now announced that several of its Galaxy devices will get three OS updates, the same is not feasible for older devices. Nevertheless, modders like Astrako will always be there to provide support to older devices.

That said, Samsung is also gearing up for the release of Android 11 (One UI 3.0) update so be sure to check out our dedicated tracker to stay updated on the topic. 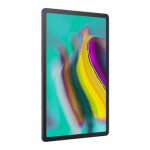