Android 10 is now almost a year old and many devices already run on it. However, older devices like Motorola’s Moto G5s Plus never got to taste Android 10 officially and still run on older Android versions.

The Moto G5s Plus came out in 2017 with Android 7.1 Nougat out-of-the-box but users want the Android 10 update. While an official OS update seems unlikely considering how old the device is, custom ROMs are there to keep such devices alive.

So, those who like to play around with custom ROMs and also own a Motorola Moto G5s Plus can grab the Android 10-based Resurrection Remix 8.5.9 from the download link given below.

Also, it must be noted that Resurrection Remix 8.5.7 recently came out for a bunch of devices including the Moto G6 Plus and Pixel 2 XL. Nevertheless, the Moto G5s Plus gets the updated version of the custom ROM.

Another device that got the Resurrection Remix 8.5.9 support is Google Pixel 2. The device has already received its Android 10 update but those who want something extra can definitely look into custom ROMs like Resurrection Remix.

While the custom ROM for Pixel 2 can be downloaded from the link given below, the build is still a nightly. This means that it is still being fine-tuned and might be a bit unstable. So, flash it only if you know what you are getting into.

That said, Google is steadily moving towards the release of Android 11 but the likes of Motorola Moto G5s Plus might never get the latest OS update. However, custom ROMs like Resurrection Remix will still be around to provide support to such devices. 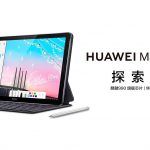