The ban on Huawei imposed by the U.S. government has led the company to kick-start the development of its own OS named HarmonyOS. As we reported earlier, the upcoming EMUI 11 update might be based on this new operating system.

Furthermore, HarmonyOS won’t be limited to smartphones instead, the company is planning to release many other devices powered with its in-house OS. That being said, we cannot forget that there are still many Huawei/Honor devices that run on Android.

And since Google or any other American-based company is no longer legally allowed to work with Huawei, users have been growing concerned about future updates. Thankfully, there has been no direct impact on users with Huawei phones running on Android yet.

In fact, many devices from the Chinese OEM have been receiving the stable Android 10 update alongside EMUI 10/10.1 lately. Head here to check out our dedicated tracker for the update. But it now seems that the Trump administration is tightening up restrictions on Huawei according to a Reuters report.

This means that it has become even harder for Huawei to push Android updates for its devices. However, according to a Chinese publication IT Home, a Huawei official has stated that the company will continue to provide system updates and security patches.

Moreover, existing phones with the Google Play Store pre-installed will function as normal and users will be able to download apps. As for newer devices, users can download apps via the company’s own App Gallery. Therefore, it seems there will be no immediate effect on users due to the tighter restrictions.

As usual, we will continue tracking the situation and will post an update once we get new information surrounding the ban. Meanwhile, you can take a look at a list of EMUI 11/Magic UI 4 eligible devices from Huawei.

Huawei has now confirmed that the ban on Google from working with the company will not affect existing devices. This comes in response to a user’s query regarding the availability of the Android 11 update for the Huawei Nova 5T. Thus, it suggests that the device may indeed receive the upcoming EMUI 11 update.

Hi there, thank you for your message. There is no impact on existing devices. We will continue to share security and software updates to our devices, as we always have. If you have any questions, please let us know via DM. 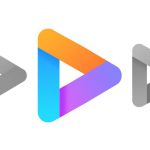 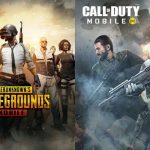