Telegram was launched in 2013 and has since come a long way to become one of the most prominent cloud-based instant messaging client. The messenger has millions of subscribers across the globe and now a bunch of features were recently released with the version 6.3 for iOS and Android.

Currently users can send voice messages and media files of any type along with the VOIP service which enables audio calls. However, the messenger is yet to get support for video calling. The official Telegram Messenger Twitter handle teased about the video calling feature earlier.

Nevertheless, the video calling feature was not part of the last update but many features including the profile videos, group stats, 2 GB file sharing, and much more were delivered with the update version 6.3 as promised.

Here’s the tweet from the official Telegram Messenger handle:

This clearly suggests that video calling is indeed coming for the messenger and the same has been confirmed on the Telegram Beta channel as well as the twitter handle. As per the recent announcements, the feature is being tested on iOS, Android, and macOS.

The announcements for the beta version 7.0 for iOS and Android as well as version 6.3 for macOS clearly indicate that the video calling feature may be coming soon. While it is unclear when this will happen, users can now rejoice as the feature they have been waiting for is finally coming.

Meanwhile, we’ll keep tracking this story for any developments and will provide an update once more information becomes available so stay tuned to PiunikaWeb.

According to Telegram founder and CEO Pavel Durov, the only reason the updated version of the app with video calling support isn’t live for macOS users is because Apple wouldn’t take a few minutes to review the app. Apparently, the updated version was sent to Apple a few days ago and was meant to go live today.

The @telegram update with videocalls is supposed to go live today, on the 7th birthday of the app. The only reason you are unable to download the updated version is Apple’s failure to take a few minutes to review it. We sent them the app for review a few days ago.

The video calling feature is now live for Android devices through an update (app v7.0). 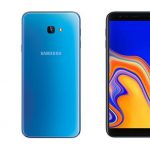 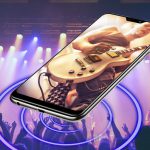