Let’s see what these new updates have to offer.

Samsung has been a bit late with the June security update for the Galaxy A6 but it is finally rolling out to the device now. It must be noted that the security update is arriving after three months and weighs 561.91 MB in size.

The Galaxy Note 9 is also receiving a new update which includes the AR Emoji features and many camera improvements such as new modes, menus, and filters along with an improved night mode.

It seems that the Galaxy A51 is receiving the July security update with a bunch of improvements for the camera, touch screen, Bluetooth, and WLAN along with the music sharing feature.

T-Mobile is also updating its Galaxy Note 10+ with a new security update. The update weighs 230.46 MB in size and offers the August security patch to the device. However, the network service provider is yet to make an annoucement on the same.

The Flyme OS 8.1.5.0A update is now rolling out to Meizu 16th Plus, Meizu 16S, and Meizu 16T with a lot of changes. The update offers Game Mode 4.1, updated Super Night Mode, and many fixes and security enhancements. Here’s common the changelog for all three devices:

List of changes:
• System
Bugs fixed, system stability improved.
Updated Android security patch.
Added: when changing the volume level, by clicking on the “empty” area, the slider is hidden.
Fixed: incorrect display of the AliPay icon in the status bar.
Fixed: Aicy crashes when recognizing a photo.
Fixed: inability to view photos from device memory on PC.
Fixed: “black screen” when trying to send a bug report.
Fixed: Auto turn on Wi-Fi.
Fixed: Connection problems with some Bluetooth devices.
Fixed: problems with playing video from device memory.
• Camera
Super Night Mode update.
• Game Mode 4.1
The principle of calling an assistant during the game has been reworked: now it can be done from the upper left edge.
Added: Ability to block gestures during the game.
Reworked the principle of sorting games.
Added: Game Center.
• Application “Security”
Added: the ability to scan the system for viruses in real time.
(Source 1,2,3)

The ZenFone 6, also known as Asus 6Z, is receiving the August security patch. The update version 17.1810.2008.171 is rolling out for the Japanese, Indian, Russian, European, and Global ZenFone 6 variants.

The MediaPad M5 10 from Huawei is receiving the EMUI 9.1.0.351 update with many changes including the Huawei Vlog and GPU Turbo 3.0 features along with system and security improvements. Here’s the complete update changelog:

Huawei’s HMS Core is similar to Google’s GMS which provides core background services along with user-facing applications. A new HMS Core update version v5.0.1.313 is rolling out with optimizations and services improvements.

Motorola One Vision is receiving the updated August security patch in the latest software update which weighs a mere 14 MB in size.

The July security patch is now rolling out to Nokia 4.2 as update version V2.330. The 226 MB update also includes enhancements for user interface along with improved system stability.

Oppo K3 is receiving the ColorOS 7.1 July security update with many improvements for the camera and system including the Personalisations option under Settings, camera quick launch feature, and more.

The Chinese Redmi K30 Ultra variant is receiving a new MIUI 12-based update which brings system optimizations in terms of security and stability. Here’s the changelog along with the download link if you want to flash the update manually:

Stay tuned to PiunikaWeb for more such new updates stories. 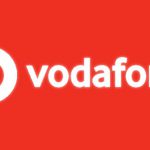