Sony’s X900H series is part of its 2020 TV line-up and has some interesting features to offer. At the moment, the smart TV is running on Android 9 and the company is marketing it as being “Ready for PlayStation 5”, which by the way, is expected to go on sale in November.

Therefore, this makes the new Sony X900H series an excellent choice for console gamers. The TV comes with support for HDMI 2.1 which allows the TV to offer 4K resolution at a 120Hz refresh rate along with Variable Refresh Rate, Auto low-latency mode, and a few other features that help enhance the gaming experience.

However, it isn’t all black and white because the Sony X900H series, as of right now, does not yet support HDMI 2.1 or any features associated with HDMI 2.1 out-of-the-box. Sony did promise to push an OTA update to the TV that would enable the feature. But it’s been a while and there’s no sign of the update. Understandably, users who spent over a grand maybe a tad disappointed since the features for what they’re truly paying for are still locked with a promise that hasn’t yet borne fruit. But it appears that Google might be more of a reason for the delay rather than Sony.

A Redditor highlighted what could possibly be the cause of the rather long wait for Sony to bring HDMI 2.1 support on the device. The screenshot shared on Reddit is from Google’s Developer blog in which the search giant provides a few more details regarding HDMI 2.1 and the features it brings. Apparently, support for these features should arrive with the release of the Android 11 TV update. In the blog post, Google goes on to mention that features such as the ALLM can be requested by a window in order to reduce the post-processing which in-turn will reduce the latency of video output.

In plain words, this means that you will notice a lot less lag from the time you trigger an action to the time it shows up on the screen. Of course, this information is shared to help developers fine-tune their games that are meant to be played on TV screens.

What all this also means is that we can expect to see Sony completely skip the Android 10 update for TVs and release the Android 11 TV update when it’s ready. But, before we get ahead of ourselves, it’s worth pointing out that this can simply be thought of as an educated guess. 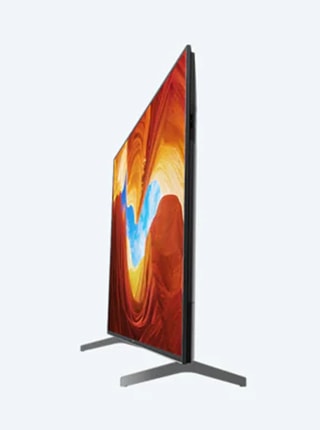 Sony is yet to divulge any further details regarding its promised firmware update that will supposedly enable HDMI 2.1 on the Sony X900H series. Thus, there’s a slight chance that the feature may be enabled through a standard OTA update without Android 11.

Thankfully, Sony has a good track record for providing updates to its Android-powered television sets. Speaking of which, the company recently released the Android TV 8.0 update for the Sony Bravia 2015 along with the January 2020 security patch.

As usual, we will continue to track the situation and will post an update when new details surrounding the matter are available. So stay tuned to PiunikaWeb to know more about this and other similar topics.