Motorola Edge was released back in May with Android 10 out-of-the-box. The smartphone packs some amazing specs including the Snapdragon 765G SoC and a 6.7 OLED display with 90Hz refresh rate.

Basically, the 5G NR standalone (SA) mode does not rely on the 4G LTE infrastructure and operates in its own spectrum. It is highly efficient as it allows network service providers like T-Mobile to exploit all the benefits of 5G NR.

Now, a Motorola community admin has recently stated that support for SA 5G on T-Mobile is currently not planned for Motorola Edge. Also, the admin mentioned that they will provide an update if plans to add it in the future arise.

Here’s the statement from the Motorola community admin:

Hello, this is a good question. I had to do a little research on 5G SA and ask some people on my end. Currently, there are no plans for the phone to support 5G SA on T-Mobile. However, if I do get word that it will be added in the future, I will definitely update this thread with the news.

Well, it is unclear when or whether the OEM will provide support for the T-Mobile SA 5G network to Motorola Edge. However, it must be noted that the standalone (SA) mode operates on its own 5G packet core architecture.

That said, it might take OEMs like Motorola some time to add support for it to their eligible devices. Hopefully, the OEM adds T-Mobile SA 5G support to Motorola Edge in a future update.

Meanwhile, you can check out our T-Mobile Android 10 update tracker to know when it arrives on your carrier locked device. Also, Android 11’s release is just around the corner and we have prepared a list of T-Mobile devices that we think will get the OS update so be sure to go through it as well. 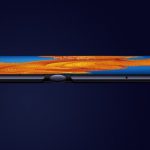