Samsung recently introduced the Galaxy Note 20 series. The devices come with Android 10-based One UI 2.5 out-of-the-box and are also promised to get three OS updates. The One UI 2.5 update is expected bring some new features to devices currently running One UI 2.0/One UI 2.1.

However, Samsung has not provided an official list of devices that will get the One UI 2.5 update. Also, users reported that the One UI 2.0 update did not bring support for the new Android 10 gestures with third-party launchers.

The OEM later revealed that this support will come with One UI 2.5 update. Nevertheless, recent reports suggest that the Samsung Galaxy S10, Galaxy Note 10, and Galaxy Tab S5e might receive the One UI 2.5 update. 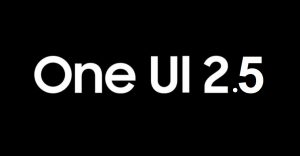 Meanwhile, those who are running the Android 10-based One UI 2.0 or the newer One UI 2.1 update can have a taste of One UI 2.5. Modders have already ported the One UI 2.5 stock apps and wallpapers from the Galaxy Note 20 series.

The information comes from xda-developers where AlexisXDA (Recognized Developer) and yakapa40 (Senior Member) have released the One UI 2.5 stock apps and wallpapers respectively.

However, it must be noted that flashing the stock apps package requires unlocking the bootloader and rooting so go ahead only if you are aware of all the risks.

That being said, you can check out our Samsung Android 10 update tracker if your device is yet receive it. Also, we have prepared a list of devices from Samsung that we think are eligible to receive the One UI 2.5 update so don’t forget to check it out. 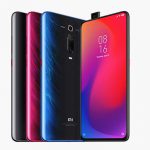