Motorola is one of the few remaining OEMs in the Android space whose skins on top of Android are a little less extensive, treading really close to clean, stock Android.

With that, one would assume that Motorola devices would be at the forefront when it comes to timely updates to new versions of Android because little tweaking is needed to make the builds of Android ready. But that is not always the case. Motorola’s rollout of Android 10 to its eligible devices has been anything but graceful.

Launched back in October 2019 with Android 9 Pie, the Motorola Moto G8 Play still runs the same version of Android it came with out of the box. There has been little communication in terms of this device’s update to Android 10. Well, until now.

When responding to a user query on Twitter, Motorola’s official Brazil handle informs the user that Android 10 for this device is coming soon. However, the company fails to provide any concrete timelines to go by.

Soon you will receive (Android 10 for Moto G8 Play), I just don’t have the date yet.

Well, at least now users are sure that their Moto G8 Play will indeed get updated to Android 10. If we were to speculate for a moment, this might be as far as this device gets updated seeing as it has 2GB of RAM and is powered by the MT6771 Helio P70M chip.

These aren’t exactly beefy internals and as such, might get cut from Android 11 eligibility owing to hardware limitations. But this is all hearsay and we should await formal communication from Motorola.

On the other hand, the Moto G8 Plus already has seen an Android 10 Beta build while users of the Moto G8 Power Lite are still waiting for more communication on the state of Android 10 for their device.

Hi Thiago. I have not received any communication about availability for this month, but keep an eye on your notifications, I’ll let you know over there, okay?

Motorola support says that the Android 10 update for the Moto G8 Play is currently in its final testing phase. This means that we can expect to see the update begin rolling out soon. Head here for our full coverage on the matter. 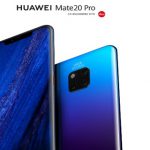