The Realme X50 Pro is a true 2020 flagship. It is powered by the Qualcomm Snapdragon 865, sports 6-12GB RAM, and storage to match. This device also supports 5G so it is able to go toe-to-toe with the top-tier devices, at least in terms of specs and performance.

Being Realme’s flagship, it is only expected that the device would receive as much update love from the company as possible. And yes, Realme has been forthcoming with updates for the Realme X50 Pro.

Recently, we saw the device bag the July 2020 security patch in India. Today, Realme is rolling out the same update to users of the Realme X50 Pro in Europe.

This update, A.30, brings with it the June/July security update and adds the 5G toggle. Also baked into this build are a number of bug fixes and for gamers, this update brings the Game Space autoplay feature.

Below is a more detailed changelog for this update.

This update should hit all eligible devices as an OTA update in the coming few days/weeks. However, if you’d like to manually install this update on your Realme X50 Pro, below is the download link to the update firmware.

Realme is doing pretty well in terms of rolling out regular and timely updates to its devices. We can only hope that more manufacturers follow suit and all this adds up to build a more secure ecosystem.

Also, we have already seen the Realme X50 and X50 Pro Player Edition bag an update to Android 11 beta 1 with Realme UI on top so it is safe to say that Android 11 for these devices shouldn’t be too long after we see the official launch of Android 11. 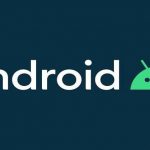