The Poco F2 Pro is currently one of the best value-for-money phones you can get your hands on. It released with MIUI 11 running on top of Android 10 but has since then picked up the stable MIUI 12 update, which first arrived on the European units.

Not much later, the Indonesian, Russian, and Global variants also began receiving the update. Of course, the Poco F2 Pro’s Chinese counterpart, i.e., the Redmi K30 Pro, received the stable MIUI 12 update almost a month earlier. This is to be expected since Xiaomi often releases new updates in China fist.

Further, it also comes with the July 2020 security patch for Poco F2 Pro units sold in Europe. It brings fixes for the floating window issue and an unresponsive touch bug. We’ve listed the changelogs for both regions below:

Optimization: The screen didn’t always respond to touch during unlocking
Fix: Floating windows made the screen unresponsive to touch in some cases

System
– Updated Android Security Patch to July 2020. Increased system security.
Other improvements and optimizations
– Optimization: The screen didn’t always respond to touch during unlocking
– Fix: Floating windows made the screen unresponsive to touch in some cases

This new update is rolling out as an OTA package in both regions. The OTA package size in Indonesia is 345MB whereas it is 364MB in Europe. In case you aren’t willing to wait for the OTA update to arrive or simply want a clean install, you can download the update file from the link(s) below.

Make sure to download the correct update file for your region.

On the subject of updates, the Android 11 beta 2 update is currently available on the Redmi K30 Pro. Xiaomi is also set to roll out the MIUI 12 update for many eligible smartphones this month. You can check out our MIUI 12 update tracker to know when it arrives on your device. 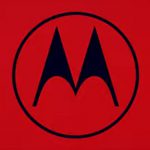