Amid all security tensions between the Indian and Chinese governments, several companies including Xiaomi, OPPO and its subsidiary Realme, among others, find themselves between a rock and a hard place.

Realme, for instance, attributes its massive success to the Indian market. This puts it at an even more trickier place compared to its mother company. Poco by Xiaomi is also in the same boat.

Without obliging to the directive by the Indian government that bans dozens of Chinese apps from use in India, Realme won’t be able to sell its phones in the region. As a result, the company has had no choice but to cave in.

In an official statement shared on Twitter, Realme says it will get rid of all banned apps from its future smartphones, including the Realme 6i. This means an even lighter UI for Realme devices due to fewer pre-loaded apps.

In line with the GoI directive, the #realme6i and all new upcoming models won’t feature any of the banned Apps, and we are releasing an OTA update to all existing devices by early August for removal of certain concerned features. We Care!
Source

For existing Realme devices, the company points out that users can uninstall the banned apps from their devices at will. As far as the the Clean up Storage feature is concerned, Realme says a software update will be pushed to all smartphones by early August to remove it.

The move by Realme to remove Clean up Storage and other banned apps from its smartphones in India follows a similar stand taken by yet another subsidiary company, this time Xiaomi’s Poco. The company is working on a new MIUI ROM for the Poco M2 Pro that doesn’t include any of the banned apps.

In an official statement, Poco India also revealed that existing Poco M2 Pro owners can already uninstall any of the banned apps from their devices at will. We expect to see more similar statements coming in as long as the directive is still in place.

Realme has begun rolling out a new OTA update for its devices that finally removes the ‘Clean Up Storage’ function which was powered by Clean Master, an app that is now banned in India. Users (1, 2) are taking to Twitter to confirm that the feature has been removed.

As you can see from the screenshots above, the Clean Up Storage feature has been removed. In case users wish to clean up their device, they will now have to find an application from the Play Store.

Thanks for the tip, Manik. 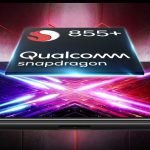