The Xiaomi Redmi Note 9 Pro is one of several models from the Note 9 series. Most of the phones in the Note 9 series share relatively similar specifications with a few minor tweaks to give each of them a separate identity.

Earlier, we reported of a camera bug present on Redmi Note 9 Pro units that led to the “can’t connect to camera” error popping up. Apparently the error appears when users try and launch the camera application. But as we mentioned previously, the issue would disappear with a restart.

Luckily, a moderator claimed that it’s a known bug and an update carrying the fix will be released. Unfortunately, there was no ETA mentioned for when users can expect to receive the bugfix.

It’s now been over a couple of weeks since the incidence was first reported, however, Xiaomi has not yet released the patch to fix the problem. As a result, users are still raising concerns on Twitter in hopes to get a response from the company.

And it appears that the efforts from one concerned user have paid off. The user posted a screenshot of a report of the camera bug on the Redmi Note 9 Pro in response to a tweet by Alvin Tse — General Manager, Xiaomi Indonesia.

Will be fixed in next patch

As it turns out, the Redmi Note 9 Pro recently bagged the July security patch, but the update did not bring the bugfix. Further, since Xiaomi does not push monthly updates for the device, there’s a chance that the bugfix might arrive alongside MIUI 12.

The MIUI 12 update for the Redmi Note 9 Pro is due in August which is why the bugfix might be released along with it. But this is just speculation and not an official confirmation, so take the information with a pinch of salt.

As usual, we will post an update once there are new developments regarding the issue. In the meantime, you can take a look at our MIUI 12 update tracker to know when it arrives on your device or any Xiaomi phone for that matter.

Another thing worth noting is that the Redmi Note 9 Pro along with a few other devices from the Note 9 series might get the Android 11 update in 2021. So it appears Note 9 Pro users still have a lot of updates to look forward to.

Honor 7X VoWiFi (WiFi calling) feature enabled for India via the latest update; under development for Honor 7A 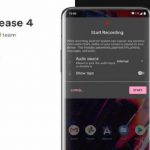