Honor 20 was released back in 2019 and the device came with Android 9 Pie out-of-the-box. The sub-brand from Huawei offers some of the best devices while the EMUI/Magic UI custom skin further enhances the user experience.

However, Huawei wants people to think of Honor as a separate, independent brand. But, Honor devices still receive software updates from Huawei. And now, the OEM has been rolling out the Android 10-based EMUI 10.1/Magic UI 3.1 update to its devices for some time.

Honor 20 received VoWiFi (WiFi calling) support in India along with some other features back in May. Also, we reported earlier that the EMUI 10.1/Magic UI 3.1 update is available for Honor 20 in other regions. However, the Indian Honor 20 units are yet to receive it.

Well, the situation has improved a little bit and the Indian Honor 20 units might receive the latest update soon. An Honor support professional has confirmed that Indian Honor 20 users will get the EMUI 10.1/Magic UI 3.1 update by July-end.

Thank you for showing your interest on EMUI10.1/ Magic UI 3.1 update. We would like to inform you that our software team has already evaluated and confirmed the compatibility of EMUI10.1/ Magic UI 3.1 upgrade with HONOR 20. However, you will get the update by end of this month. We request you to kindly stay tuned to our official pages, Support (HiCare) App for more information. We appreciate your understanding and patience.

While no exact date has been provided by the Honor support professional, they have confirmed that the EMUI 10.1/Magic UI 3.1 update is compatible with Honor 20. This is a good sign, as it suggests that the update is almost ready with just a little bit of fine tuning left. 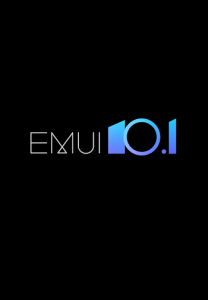 Now, Indian Honor 20 users can finally get their hands on the EMUI 10.1/Magic UI 3.1 update that brings a lot of new features and improvements. Meanwhile, keep checking your Honor 20 for the latest update and also check out our Honor Android 10 update tracker.