Also, users on the Big Red received the latest update recently while T-Mobile Samsung Galaxy S9 subscribers have been waiting for it. Now, the network service provider is pushing the One UI 2.1 update to its Galaxy S9 and Galaxy S9+ users.

T-Mobile has also listed the latest update on its official Galaxy S9 support page. So, if you are a T-Mobile Galaxy S9 or Galaxy S9+ subscriber, you can grab the update now.

The update offers some major changes in terms of both user interface as well as security. With the July security patch on top of Android 10, T-Mobile has provided its Galaxy S9 users with the most recent stable software available for Samsung devices.

While T-Mobile provided the Android 10 update for its Galaxy S9 back in March, users have been waiting for the One UI 2.1 update. With this update, users can finally enjoy the latest custom skin from Samsung on their device.

Meanwhile, we hope that more OEMs aspire to update their eligible devices with the latest software as the stable Android 11 release is just around the corner.

The T-Mobile Samsung Galaxy S9 Plus is also receiving the One UI 2.1 update in the US. This is also been confirmed by a Redditor who has shared a screenshot of the update installed on the device. 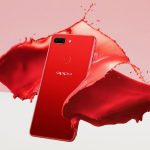