Whereas Motorola E6 Play is fetching the June update and Redmi Go Global, Indian and Russian variants are getting the latest firmware update. Let’s take a thorough look.

First up is Samsung Galaxy M10 picking up the latest July update which carries version PDA M105MUBS5BTG1 and CSC M105MOWO5BTG1. It boosts the security, stability, and performance of the device.

Next up is Samsung Galaxy Note10 Lite also fetching the July update and it arrives with version N770FXXU4BTG7. The device’s efficiency is expected to improve. Here’s the clean and short changelog:

Another Samsung device receiving the July patch is Samsung Galaxy Z Flip. The update brings along bug fixes and improvements to the overall performance of the device. It hits as version F700U1UES2ATG1/F700U1OYM2ATG1 (size: 201.85).

The latest firmware is now live for Global, Indian and Russian variants of the Redmi Go. It enhances the stability and also lessens the system lag. The update secures the following versions:

HMD has now issued the July OTA to the Nokia 5 and it applies the latest patches to refine the security of the device. The package size is 118MB. Nokia 6 is also getting the fresh July patch which focuses on enhancing the security and stability of the device. The update size is 319MB. The July patch is also available for Nokia 5.1 Plus which is measured at 22.96MB. This update is expected to boost the security of the device. If your device has not yet picked up this OTA, you may download it from here.

Realme X Youth Edition is now fetching the July update which is here as edition C.06. It adds Realme link, recording to text function, note encryption function, and many more. This patch also brings fixes to existing issues. Below is the detailed changelog:

●Fixed the problem of returning to the previous layer when searching for Bluetooth, the interface showed that no Bluetooth device was found

The last device on today’s list is Motorola E6 Play that picks up the June OTA. It comes with software version PCBS29.73-143-2. Find the short and crisp changelog below: 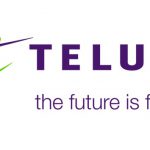