OnePlus Nord will soon be available to users but the device is already on a roll. The OEM has already been rolling out updates to the device with loads of improvements. However, there’s still something about the OnePlus Nord group selfie feature that the OEM should work upon.

The group selfie feature currently supports only six people and that too not in HDR scenes. This means that the group selfie algorithm will not work when there are more than six people in the shot or when HDR is enabled.

This information is already available in the official OnePlus Nord page footnotes. However, the OEM has not announced whether the group selfie algorithms will be improved in future updates or not.

It was reported earlier that OnePlus Nord received an update which included many camera improvements. Now, OnePlus has also provided the Nord with theJuly security update.

The OEM has also ensured that the device will get support for dual 5G+4G SIM cards in a future update. That’s two updates before the device has even reached users and another one planned for the future.

This shows that OnePlus has high hopes for the Nord along with its dedication to stay ahead in the game. Also, OnePlus is known for delivering timely updates so it is safe to say that the future of OnePlus Nord is bright.

While the device will be available to purchase from August 4, users are already going crazy over it. OnePlus has managed to keep users hooked to the Nord so far and we hope that the OEM also provides further improvements to the group selfie feature in future updates. 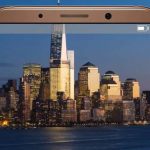