OnePlus has consistently been releasing some of the best Android phones each year. Right from the OnePlus One to the OnePlus 8/8 Pro, the company has managed to grab tech enthusiasts and even common folks’ attention towards these devices.

All these devices except one have been aimed towards the mid-range and premium segments of the market. The one exception was the OnePlus X that released back in 2015. Sadly, the release was met with a lot of negative press, and OnePlus soon discontinued it.

Since then, there has been no ‘affordable’ offering from OnePlus. Further, the company has slowly been increasing the price of its device with each iteration. Well, the company hopes to change that all today with the release of the OnePlus Nord.

The OnePlus Nord AR application will let users view the entire launch event in an augmented reality format. It’s the first time something like this has been attempted surrounding the release of a new smartphone.

Unfortunately, OnePlus 5T users who’re looking forward to viewing the AR event are having trouble installing the app. A few users (1, 2, 3, 4) are reporting compatibility issues while trying to download the app from the Play Store. As you can see from the screenshot above, OnePlus 5T users are not able to open the OnePlus Nord AR application even if it’s downloaded. Fortunately, this issue can be fixed in a minute by following a few simple steps according to a Staff Member on OnePlus forums.

Hello Everyone,
Oneplus Nord AR compatibility issue is now fixed on the OnePlus 5T devices, all we have to do is clear the cache from Playstore and Install the App!!
Steps: Long press on playstore icon-> click info -> open Storage & cache-> Clear cache

Simply follow the steps provided to fix the issue. Once done, you should be able to run the OnePlus Nord AR application on your OnePlus 5T without any hiccups. Well, that’s all. You can now enjoy the AR launch experience of the OnePlus Nord at 7:30 pm IST or 7:00 am PDT.

Thanks for the tip Nidhin.

Note: We have many more such stories in our dedicated OnePlus section 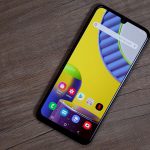