The Xiaomi Mi 6 was one of the best Android smartphones to be released in 2017. It launched with Android 7.1.1 Nougat and received the update to Android 8 Oreo as well as Android 9 Pie. But Xiaomi, like most other vendors, releases at least 2 major Android updates for its devices.

Hence, the device will no longer receive any major upcoming Android versions. Further, it will not be getting MIUI updates as well. This information is a tad disappointing to Mi 6 users. However, if you read the title, you already know what’s coming. In the Android world, newer Android updates aren’t necessarily brought to devices only by official channels. Thanks to the developer community, users get to try out the latest Android features even on devices that are no longer supported by OEMs.

Xiaomi Mi 6 users can now rejoice since they can now get Android 10 with the Evolution X 4.4 custom ROM. This custom ROM has been around for a while now and offers a Pixel-like UI for enthusiasts.

Further, it brings a ton of customization options along with all the features that were introduced with Android 10 to the Mi 6. The information about Evolution X 4.4 for the Mi 6 was shared on the Mi Community forums.

In case you are interested in downloading Evolution X 4.4 based on Android 10 for your Xiaomi Mi 6, you can do so by clicking on the download link below:

Once downloaded, you can install the ROM on your device. However, make sure to create a backup on all data on the devices to avoid losing important files. Well, you can then proceed to enjoy the Pixel-like Android 10 experience on the Mi 6.

Xiaomi is yet to release MIUI 12 to a few eligible devices. You can check out our MIUI 12 update tracker to know when it arrives on your device. Stay tuned to PiunikaWeb for breaking news on similar topics. 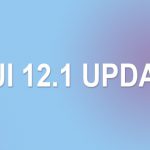 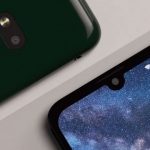