Sharp is sending out the July security update to its Android One powered Aquos S3. The update S2008 addresses the issue where the camera does not start and also improves security. Check out the changelog:

– Improvement of the rare occasion that the camera does not start

Sony is rolling out July security update version 52.1.A.3.20 to the Xperia XZ3. The update weighs 93.8MB and mostly improves system security like most other security updates.

Huawei is also pushing out a newer version of EMUI 10.1 to Honor 9X. The new version 10.1.0.105 brings animations for the status bar buttons. However, this update is limited to users who are early adopters.

Nova 3i users can now update their devices with the June 2020 Android security update. The new EMUI update 9.1.0.310 improves system security. Check out the official changelog:

The June 2020 security update brings Android patches from Huawei and Google, fixing different levels of exploits and issues within Huawei phones including 2 critical and 12 high levels of CVEs. There is no Medium and Low level of CVEs found.

Thanks for the Tip, Aryan!

Xiaomi pushed the latest update to Redmi 7A. The Android 10 based version MIUI V11.0.1.0.QCMRUXM brings the June Android security patch to the device. However, this update is currently being rolled out to Russian users and other regions are expected to receive the same shortly.

Realme Buds Air Neo also received an update to version 2.1.0.139. The update brings a pop-up function to Realme UI. This means that whenever Buds Neo Air is connected to a Realme device, a pop-up window will appear to adjust the settings.

Samsung is also pushing out update to many of its Galaxy devices. Here are the details: Thanks for the tip, Aryan!

Thanks for the tip, Nidhin Kj!

Stay tuned to PiunikaWeb for more such updates. 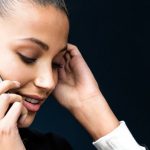 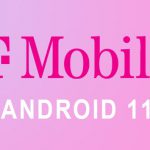