The Samsung Galaxy J7 Duo released back in 2018. It came with Android 8.0 Oreo out-of-the-box and has since then picked up the Android 9 Pie update. Samsung is known to roll out at least two major Android versions for all its devices.

Well, it’s finally here for the Galaxy J7 Duo users too. This new update is rolling out in India to be more precise. Moreover, it carries the July 1, 2020 security patch. It also brings Samsung’s One UI 2.0 skin which has been refined over the original One UI skin. The Android 10 update for the Galaxy J7 Duo carries the following software version(s): J720FDDU6CTG2/J720FODM6CTG2/J720FXXU6CTF5. The OTA file size is around 1255MB. To confirm the rollout of the update, users have also shared screenshots (1, 2) of the OTA update.

Now that the update is live in India, we can expect to see it roll out in other regions soon. Unfortunately, there is no ETA provided. Thus it could take a few more days or even a month for it to be released elsewhere.

In case you haven’t received the OTA package or simply want a fresh install, you can download the firmware and flash it manually. We have provided the download link below:

There are still a few Samsung phones that are in line to receive Android 10. You can check out our Samsung Android 10 update tracker to know when it arrives on your device. 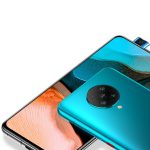