Here goes today’s list of devices securing the most recent Android updates. The list covers Nokia 7.2 and Xiaomi Mi A2 Lite which are obtaining the July patch and the Redmi Note 9 Pro, Honor 8A, and Honor 20S that are getting the not-so-current June security update.

On the other hand, Vivo S1 Pro, Realme Watch, Samsung Galaxy S20 Ultra, and Huawei P40 Pro 5G are picking up the latest firmware updates. Let’s discuss them in detail.

Starting off with Vivo S1 Pro picking up the latest firmware update which arrives with camera improvements. The version number for this is rev 1.10.7 and the package size is 230.12MB.

Nokia 7.2 is now receiving the new July patch which is 15.82MB in size. The update enhances the security of the device by applying the latest Google security patch.

Next up we have Xiaomi’s Redmi Note 9 Pro fetching the June OTA whereas Mi A2 Lite is getting the July Google Play security update. Let’s take a look.

The June patch arrives as version v11.0.8.0.QJWINXM to Redmi Note 9 Pro (India). The update improves the security and stability of the device. If you have not yet received this OTA, click here to download.

The Google Play system July update is now live for Xiaomi Mi A2 Lite, which boosts the stability and security of the device. It is a minor update of 6.3KB.

Next, we have Realme Watch picking up the latest update. The update brings bug fixes, enhances the connection speed of the watch, and reminding logic of message notification.

Samsung Galaxy S20 Ultra is picking up the new firmware update which has added an adaptive 120Hz option. The performance of the device is also enhanced with this update.

By automatically adjusting the screen refresh rate to 120Hz for smoother animations and scrolling.

Huawei P40 Pro picks up a new software update that hits the devices as version 10.1.0.145. The update offers better performance to the device.

Lastly, we are going to talk about Huawei’s sub-brand Honor 20S and 8A both of which are fetching the June security update.

Honor 20S is receiving the Magic UI 2.1 as version 9.1.1.165, the update includes the June security patch to increase the security of the device. Here’s the changelog

Changelog
This update incorporates the Android security patch to enhance the security of the mobile phone system. It is recommended that you update as soon as possible
Source

The not-so-new June patch is now available for Honor 8A, which secures software version: 9.1.0.326. The update focuses on increasing the security of the device. 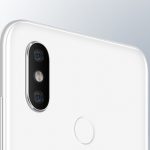 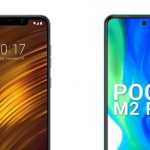