Samsung has been bumping up the prices for their flagship smartphones over the years. The price hike might seem justifiable by simply looking at the hardware. However, a closer look at Samsung’s software support makes the high price seem ridiculous.

For years the company has only been providing two major Android updates for its devices. Moreover, certain phones from Samsung are priced higher than Apple’s offerings. A company that provides around 5 years of software support for its devices.

Samsung’s Galaxy S7 and S7 Edge released back in 2016 and both devices came with Android 6.0 Marshmallow. Unfortunately, Android 8.0 Oreo was the last major Android version that was released for the devices. Therefore, the devices are now running on almost 3-year-old software.

Fortunately, in the Android world, you need not have to look out for official software updates only. Thanks to the developer community, most Android smartphones released in the past few years can now run the latest software too.

It brings a bunch of customization options as well. Furthermore, it gives users access to the latest Android version along with its privacy and under the hood improvements. If you wish to install the Pixel Experience ROM on your Galaxy S7 or Galaxy S7 Edge, download the respective ROM file from below:

Of course, you will have to unlock the bootloader in order to proceed with installing the update. Nonetheless, make sure to backup all files on the device before proceeding.

Well, that’s all, you can now enjoy Android 10 on your Samsung Galaxy S7 and Galaxy S7 Edge. You can also check out our Samsung Android 10 update tracker to know when the update arrives on your device. 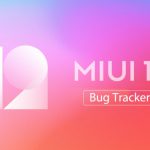 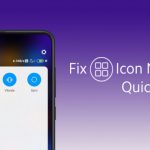