MIUI 12 is all the rage right now in the Xiaomi community. This new skin on top of Android brings new features like Super Wallpapers, a redesigned user interface among many more features to Xiaomi, Redmi and Poco devices.

Already, a good number of eligible Xiaomi devices have been updated to this new build of MIUI. We have a dedicated tracker to keep tabs on the rollout of MIUI 12 and you can check it out here.

Earlier this month, we got reports that Xiaomi was rolling out a stable Beta of MIUI 12 to random Xiaomi Redmi Note 8 Pro users. Currently, this build of MIUI 12 is available for only a few MI/Global users who are part of the Mi Pilot program.

Other regional variants of the Redmi Note 8 Pro (India, Europe, Indonesia and Russia) haven’t received their firmware for MIUI 12 yet. In response to a user’s query on the timelines, a Mi Community moderator had this to say.

According to the moderator, the other regional firmware of MIUI 12 will be available soon. However, no concrete timelines were shared. For now, users of the Redmi Note 8 Pro in these other regions are advised to sit tight and await the official rollout of MIUI in their region.

To recall, Xiaomi through its Arab handle on Mi Community Forum earlier issued a stern warning asking users to avoid installing MIUI 12 firmware that is not meant for their specific devices as that could seriously damage their devices.

It is only safe to assume that the same applies in this case. As such, please sit tight and wait for the official release of MIUI 12 for your Indian/European variant of the Redmi Note 8 Pro.

Xiaomi has now released the stable MIUI 12 update for the Redmi Note 8 Pro for pilot testers in India. It comes as version V12.0.0.3.QGGINXM and is being released via an OTA with a download size of 635MB. See the full story here.

NOTE: We have these and many more Redmi stories in our dedicated Xiaomi section. 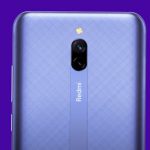 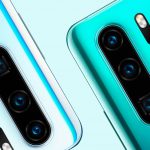