Xiaomi’s MIUI skin over Android is known to be one of the most feature-rich skins for Android phones. The company has introduced several new features over the years to improve the user experience. But that does not mean that all aspects are taken care of.

There are still a few missing features that MIUI users are waiting for. One of those features is the ability to use the One-handed mode with full-screen gestures. With screen sizes seemingly increasing every couple of years, using a smartphone with one hand is almost out of the question.

As a result, just about every Android OEM has introduced a One-handed mode that shrinks the content on the screen to be more accessible with one hand. Xiaomi added this feature a while back, however, it hasn’t yet adapted to support full-screen gestures. 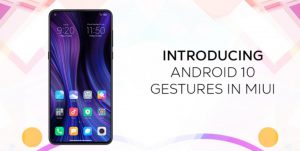 In a recent Q&A session, a person from the MIUI team responded to a user’s question regarding the full-screen gesture support for One-handed mode in MIUI. The team member stated that there is already a plan to introduce the feature. However, the team is yet to decide on a development schedule.

Tap/click to enlarge the image below

Also worth pointing out is that the Redmi K20 Pro is yet to receive the standard full-screen gestures support.

Nonetheless, if and when the feature is ready, it will first be added to the MIUI 12 beta builds to undergo testing. Therefore, Xiaomi users on MIUI 12 can expect to see the One-handed mode full-screen gestures being added soon.

You can also check out our MIUI 12 update tracker to know when the new skin will be available for your device. As usual, we will post an update when the MIUI 12 One-handed mode full-screen gestures support is added. 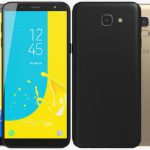