With growing tensions between India and China, the Government of India issued an interim order to ban 59 Chinese applications. This move was made by citing privacy and security concerns. The banned applications have allegedly been sending user data to servers in China.

Therefore, blocking the apps was deemed necessary. One of the 59 banned apps by the government include Xiaomi’s Mi Community. It is the company’s community forum where users can post bugs, questions, and more. Moreover, Xiaomi uses the Mi Community to make important announcements for users.

But since the application is banned in India at the moment, Xiaomi has issued a public notice regarding the situation. In the notice, the company addresses the Xiaomi Mi Community ban and states that it will adhere to the orders, processes, and protocols required by the authorities.

You can check out the entire notice below:

In the notice, Xiaomi has also stated that the Mi Community website is being disabled alongside the app. Therefore, the company’s community forums will not be able to be accessed in India. At the moment, the company is waiting for “further clarification from the government.”

Just a day ago we also reported on the Poco M2 Pro privacy concerns. And it now seems Xiaomi is stuck in a rough spot in the country. With the ban of 59 Chinese applications, TikTok has is also landed itself between a rock and a hard place.

We will be following the situation closely and will post an update regarding the same if and when available. Stay tuned to PiunikaWeb for more breaking news on similar matters. 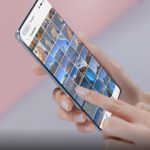