LG UX 9.0 is the latest iteration of the in-house custom UI from LG. This skin is based on Android 10 and has been delivered to several eligible phones already.

The Korean OEM didn’t make any efforts of matching its UI’s numbering with the Android OS version number and stuck with LG UX 9.0. LG’s custom UI is somewhat similar to Samsung’s One UI and brings a lot of similar features as well.

As of now, a bunch of LG phones in multiple regions have picked up the latest Android 10 (LG UX 9.0) update. For a complete list of Android 10 updated LG smartphones, you can check out our dedicated update tracker.

But for some reason, at least if we go by a recent report from LG, the OEM has now planned to bring the LG Velvet UI for some of its devices.

LG Velvet UI is the default UI in the recently launched Velvet series phones. And as per the official post, LG will be delivering this new UI to more of its premium devices.

Notably, LG V50 ThinQ has already grabbed the Velvet UI, and after receiving positive feedback from its customers, more LG phones will be updated with the LG Velvet UI soon. As this piece of information was shared on the official Korean community forum, we can expect the updates to first arrive for eligible devices in Korea, followed by other regions.

We now have a dedicated tracker for the rollout of the LG Velvet skin for you to take a look at. This tracker will be updated each time there’s new note-worthy information surrounding the release of LG’s latest skin. Head here for more details. 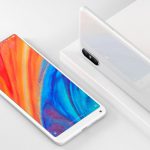 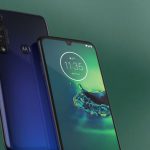