Realme has a decent portfolio of devices that serve almost all the categories of mobile users. The company initially focussed on the Indian market and later expanded to Europe and other parts of Asia.

Another important thing that has kept the users loyal to Realme smartphones is the timely release of the updates. The company has been among one of the few brands that came up with a dedicated Android 10 update roadmap and till now, has adhered to it for rolling out the OS update.

In between, Realme has also pushed the latest security patches for keeping its devices up to date in terms of security as well. And if we go by recent reports, ARCore support has arrived on a bunch of Realme phones.

As mentioned on the official website, “ARCore’s understanding of the real world lets you place objects, annotations, or other information in a way that integrates seamlessly with the real world.”

ARCore makes use of three key functions to integrate virtual content with the real world, which you can view via your supported smartphones: 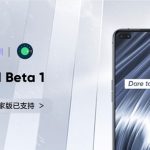