US Samsung Galaxy A50 One UI 2.1 update might arrive in Q3, says support

The Android 10 (One UI 2.0) update for Galaxy A50 has been out since March 2020 and it is already available in regions like India, Sri Lanka, Argentina, Jordan, UAE, Turkey, etc.

One UI 2.0 update has already been served for users in the US and now if we go by a recent post, it seems like the next update for Galaxy A50 in the US would be One UI 2.1 update.

For the unaware, One UI 2.1 is the latest iteration of Samsung’s custom UI and is being pushed to devices that have already bagged the Android 10 update.

As per a Reddit post, out of curiosity, one Galaxy A50 user in the US asked the Samsung chat support when will the phone pick up One UI 2.1 update.

Responding to this, the chat support responded that, although there is no exact ETA for the rollout, the next update is assured to be One UI 2.1 based on Android 10.

Here is what the official response reads:

We are currently working on the update. We do not have the exact information until it is released. But I can assure you the next update will be the 2.1.

Well, adding more to it when asked regarding the expected release month, chat support coined that the update might arrive somewhere between July and September. What this means is that the Galaxy A50 One UI 2.1 update could arrive in Q3 of 2020 in the US.

One important thing you should keep in mind is that this piece of information comes from chat support and not from the developer team.

And the support team does not always have the exact information. So, we would advise our readers to take this piece of information with a pinch of salt. We will keep you posted about any further developments.

Note: In the meantime, do check out our dedicated Samsung smartphone section to read such similar stories and the latest happenings around Samsung devices. 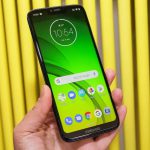