Much like our previous new update alert editions, we’ve rounded up a list of devices that are currently picking up new updates. For this story, we’ll be taking a look at the updates pushed for the following devices: Mi Note 10/10 Pro, Samsung Galaxy A7 (2018), LG V60, Oppo Reno Ace 2, Reno 3, Reno Ace, A92s and Galaxy Note 10/10+.

These updates are primarily for improving the device’s security. Therefore, new features and major improvements will not make an appearance with these updates. So let’s check out more details regarding the updates. The Xiaomi Mi Note 10 and the Mi Note 10 Pro are now picking up beta updates. Both the Global and European variants of the device are receiving the update via the v11.1.3.0-QFDMIXM firmware and the v11.1.2.0-QFDEUXM firmware update respectively. It is based on Android 10 and comes with a download size of roughly 189 MB.

Samsung’s Galaxy A7 (2018) model is now receiving the June security patch. Moreover, it also contains a bunch of improvements and fixes. The version for this update is A750FNXXU4CTE3 for European variants of the device.

The Oppo Reno Ace2 is now receiving the June security update. It carries the A.19 version and is based on Android 10 with the following MD5 checksum: fc788aa0a3b2755c62f7a0c34b62b898. It is being rolled out in China at present.

Following the Reno Ace2, the Oppo Reno3 is also being updated with the June security patch. The update is based on ColorOS 7 on top of Android 10. The software version of the update is A.17. This update is available for the device in China.

Another smartphone from the Reno series called the Reno Ace is also receiving the June update. The version for this update is C.26 and it brings the June 1, 2020 security patch for the device. It is available in China at the moment.

Apart from the Reno series, the Oppo A92s is also being updated with the June security patch. This brings the software version A.14 and is also based on ColorOS 7 on top of Android 10. It is currently live and rolling out in China.

The Samsung Galaxy Note 10 is now receiving the July security patch. The software version number for this update is N970FXXS5CTFA and it’s changelog is given below. It is currently rolling out in Germany.

The security of your device has been improved.
(Source)

Stay tuned to PiunikaWeb for more update alerts in the future. 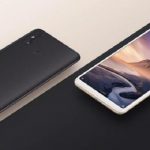