In today’s section, the devices receiving new updates are Samsung Galaxy S20 and S20+ that are being served the all-new July security patch, while Samsung Galaxy A8s is grabbing the June OTA.

Samsung has now pushed the July security update to the Galaxy S20 and Galaxy S20+.

The brand new July update with camera improvements is up for grabs for Samsung Galaxy S20. The version number for this update is G988BXXU3ATFG / G988BOXM3ATFG (Size:317.95).

Another Samsung device securing the July OTA is Samsung Galaxy S20+. It secures version number G985FXXU3ATFG / G985FOXM3ATFG and is 315.70MB in size.

Next up we have the Samsung Galaxy A8s picking up the June OTA as version G8870ZCU4CTF2/G8870CHC4CTF2. The update improves the security of the device and is 229.85MB in size.

The popular US carrier Verizon has released new updates to a number of devices.

First up is the Samsung Galaxy S10 5G receiving the June OTA with Software Version: QP1A.190711.020.G977UVRU4CTEA. The security and stability of the device are enhanced with this update. Below is the changelog:

Then we have the LG G8 ThinQ and LG V50 ThinQ 5G picking up June security patches. The update hit the devices as version: G820UM20e (LG G8 ThinQ) and V450VM20d (LG V50 ThinQ). Find the common changelog below:

Changelog
The current software update gives you the most up to date Android security patches on your device.
Source1, source2

Another device picking up the June OTA released by Verizon is Samsung Galaxy A21 (version QP1A.190711.020.A215USQU1ATF4). Not only does the update provide the latest security patches but it also improves the performance and stability of the device.

This software update includes the Smart Updates feature to the moto z4. This feature allows users to enable automatic installation of security updates at a specified time of the day.
User interface improvements 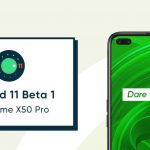