By now, you might be well aware that Huawei and Honor have introduced the EMUI 10.1 and Magic UI 3.1 updates for a bunch of their respective phones.

Notably, the Huawei devices are served with the Android 10 based EMUI 10.1 update, while on the other hand, the Honor devices are delivered Magic UI 3.1.

Moreover, you will see almost all of the features of the EMUI 10.1 being ported over to the Magic UI 3.1, which some subtle changes of their own.

And now going by one of the recent reports from the official community channel, a bunch of Huawei devices are picking up the EMUI 10.1 updates while the Honor 20S is grabbing the Magic UI 3.1.

The Huawei phones that are getting the EMUI 10.1 update are Huawei Nova 5, Nova 5z, and Nova 5i Pro. All the EMUI 10.1 and Magic UI 3.1 updates or the above-mentioned devices are being served in China. Other regions are expected to join soon.

The update log basically states that these new updates enhance and optimizes the system performance to improve system stability. The updates have been pushed for all the users of the above-mentioned devices and will be arriving via OTA.

The update to EMUI 10.1 is now live for the Honor 20 Lite/Youth Edition. Head here for the official announcement.

Thanks for the tip Nithin Kj.

The full release of the stable EMUI 10.1 update is now available for the Nova 5, Nova 5z, Nova 5i Pro, Enjoy 10S and Honor 20S. Head here for the official announcement. 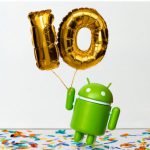 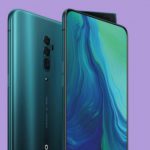