Samsung remains the biggest player in the mobile industry, both in terms of market share and device shipments, at least according to Q1 2020 market reports. Clearly, the company is doing something right for such results.

One area where Samsung is killing it lately is its software. The company’s skin on top of Android, One UI is as a result of many years of experience, from the days of TouchWiz, and Grace UI. The latest iteration of One UI is One UI 2.1.

The skin on top of Android from Samsung debuted with this year’s flagship devices, the Galaxy S20 family of phones and has since been pushed out to a number of Samsung devices.

The Samsung Galaxy Note 9 from 2018 has also received the update to One UI 2.1 in a number of regions. We have seen the update roll out to users in the EU and Canada, and today, users of the Galaxy Note 9 on Sprint are getting the much-awaited update.

This One UI 2.1 update for Sprint Samsung Galaxy Note 9 brings with it the June 2020 security patch and weighs in at a rather heft 1010MB. This is an OTA and as such, is rolling out to eligible devices. You should check for updates on your device to see if it is available for you.

You can identify this update by its build number, ETF3. We don’t quite have the full changelog for this update yet as the official Samsung tracker for this device hasn’t been updated yet. However, it is safe to assume that it brings many of the One UI 2.1 features to the Sprint Galaxy Note 9. 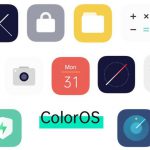 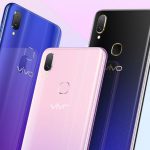