OnePlus has grown tremendously in the past few years since debuting its OnePlus One in 2014 to become one of the notable names in Android today, something that can’t be said of fallen industry giants like HTC.

OnePlus’ claim to fame has been, aside from its hardware and price of the devices, its software. OxygenOS is arguably one of the more refined takes on Android we have today. Not too many changes from stock Android with only useful features and subtle UI tweaks..

OnePlus’ software being pretty close to stock Android, added to the fact that the company doesn’t have a vast portfolio to keep updated, means that OnePlus is able to deliver Android updates pretty quickly. As such, many of the company’s devices have already been updated to Android 10, including the OnePlus 5 and OnePlus 5T from 2017.

Unfortunately, for some OnePlus 5 and OnePlus 5T users, the update to Android 10 has brought with it some unexpected bug with the OnePlus SMS app. A section of users have reported not being able to receive SMS after updating to the new build of OxygenOS.

In a ‘Known Issues Q&A’ on OnePlus’ Forum, the company confirms this bug for the OnePlus 5/5T users, and offers the affected users a way to try fix it. The company has also confirmed that a fix will come in the next update to these two devices.

Thank you Nidhin kj for the tip! 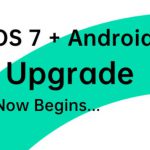 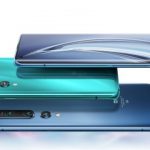