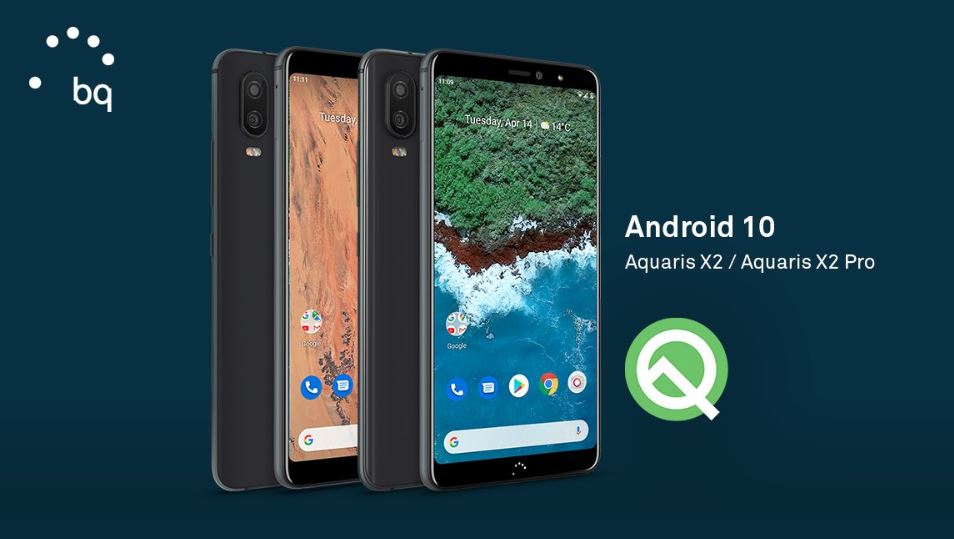 While Android 11 Beta 1 update is making its presence felt, there are several smartphones that are still waiting for the Android 10 update. Two devices from BQ, Aquaris X2 and X2 Pro, were also waiting to get updated.

For those who do not know, BQ is a Spanish consumer electronics and software company, which claims to have developed the world’s first Ubuntu OS powered smartphone, the BQ Aquaris E4.5. Below is the common changelog of this new Android 10 update:

The complete list of improvements and corrections is as follows:

BQ Aquaris X2 and X2 Pro came with Android 8.1 Oreo out of the box and this Android 10 update will be the second major OS update for both phones.

The update will be arriving via OTA in batches, meaning that it will take some time in hitting all the units. If you have not yet received any update notification, then you can manually check for it by heading to Settings> System> System update> Check for updates.

Besides, if you do not wish to wait for the official OTA to arrive, then there is a provision of manually upgrading the phones by downloading the BQ Firmware Flash Tool v5 for BQ Aquaris X2 and BQ Aquaris X2 Pro.