After missing out on bringing a flagship phone for quite a while, this year Motorola finally introduced the Motorola Edge+ that houses all the top-of-the-line flagship-level specs for a meaty price.

Just to give you an overview, Motorola Edge+ comes with the latest Snapdragon 865 chipset coupled with 12 GB of RAM and 256 GB of onboard storage.

It sports a 6.7-inch edge-to-edge curved OLED display. Motorola Edge+ packs in a massive 5,000 mAh battery along with a quad-camera setup with a 108 MP primary sensor. The device comes with Android 10 out of the box as well.

However, taking a look at the comments section of the official community platform, one user has brought to light that Motorola Edge+ phone is suffering from WiFi and 4G connection issues.

Yeah, it’s this phone. I can’t tell you how long ago it was when people said, “I can’t understand you” over the phone or I dropped a call. The last time I remember having call issues was 2012 when a storm knocked out a few towers in town. I really don’t think I’ve had a dropped call since then. Now with this phone I’ve had more call issues than I’ve ever had since the mid 2000s. I feel like I’m paying an extra $40 every month to go back in time to what cell phone reception used to be like. It’s very disheartening. The worst Motorola phone I’ve owned since 2002 is also the newest and most expensive. Honestly, I think they forgot to install the antennas or something. How can calls, 4G, and WiFi all be bad? My bluetooth has surprisingly good range. Everything else is terrible.

Fortunately, one Motorola admin noticed this report and revealed that this issue has been escalated to the concerned department. Moreover, a patch is being developed to fix this issue which will be delivered in a future update.

Sorry I didn’t circle back before. Based on all the good data you provided, a ticket was opened on this and a patch has been developed. It will be delivered in a future update. I’m sorry but I don’t have timing on that.

I am sorry about the delay and the problem. Replacement won’t help, since they were able to root cause it. We do appreciate your help with this and hope waiting for the patch isn’t too much of a hardship.

Without any ETA, it would be hard to tell when the fix for this Motorola Edge+ WiFi and 4G connection issues will be pushed. Considering the severity of this issue, we expect Motorola to roll out the bugfix update soon. 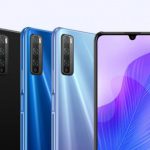