Realme has now started seeding the June 2020 security patch for the Realme XT and the Realme 3 Pro users. Along with the latest patchset, the update also brings several other features for both devices.

It is a welcoming update for the Realme 3 Pro users because they were gawking for the latest security update for quite some time now, as the previous update the device received was in April.

Realme support has stated in the past that the update will arrive soon, and by the looks of it, it seems like the time has finally arrived.

On top of that, you get Realme Link, new charging animation, charging decimal display on the lock screen while charging, optimized screen recording size and transparency of the slide back gesture style, etc.

Note that both devices share the same changelog which is mentioned below:

The updates, as usual, have been rolled out via OTA in batches, meaning that they will take some time to arrive on all Realme 3 Pro and Realme XT smartphones.

In order to check for the update notification, users can head over to Settings>>System & Updates>>Software Updates>>Check for updates. If there is a new update available then, tap on the notification to install.

Let us know in the comments below if you have received the update or not. What features do you like in this update? 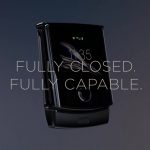 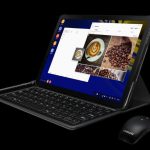