Pokemon Sword & Shield : Cram-O-Matic use, how to get it, & recipes Pokemon Sword & Shield new DLC, Isle of Armor is out now. It is a paid expansion pass which was released on June 17, 2020. It has brought a ton of new Pokemon & characters to the game. One of the most interesting Pokemon which has arrived under this DlC is Kubfu. Well, if you don’t know, how to evolve Kubfu, you can head here.

Sword & Shield game was released on November 15, 2020, & since then it has been running strong. The game became one of the best selling Pokemon games on the Nintendo Switch platform. Well, apart from Pokemon & characters, a new robot, Cram-O-Matic has also been introduced in the game. Let’s learn how to get it & how does it work in the game.

The Cram-O-Matic, added in The Isle of Armor, is a robot which allows players to discard some items in return for others. Using it, players can gain 1 new item by enhancing 4 unwanted items. It is an easy way to gain useful stuff from useless stuff instead of just tossing it away.

Where To Find It ?

The Cram-O-Matic can be found in the Master Dojo. Go to the dojo and head right in the room till you encounter an NPC named Hyde. Trade 500 watts with him in return for your own Cram-O-Matic. This machine will be unlocked and added to your inventory for using it anytime afterward.

As mentioned earlier, this machine takes in 4 items and spits out 1 item in exchange. The output is based on what you feed the Cram-O-Matic as input. Fixed recipes will yield a fixed item. The robot usually spits out common items such as Pokéballs but it can also output rare items such as PP max.

Cram-O-Matic is a good way to stand a chance for getting one of a kind items like Master Ball. Of course, the output is based on the input and the recipe. You can talk to Hyde again and he will trade your recipes for 100 watts.

Coming onto its recipes, a Sword & Shield trainer, Jazzmcnade, has shared a list of Cram-O-Matic recipes on Reddit. It features over 300 recipes. The major ones from the spreadsheet have been listed below. For more, you head to this link provided by Jazzmcnade.

You can check out some more recipes provided by Pokemon Sword & Shield trainer & Reddit user, Doing_Eetswa down below. 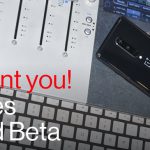 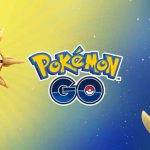