It is always exciting to get a new update on your smartphone. This is because these new updates often bring new features, optimizations to existing features and most importantly, they help secure your device, be it Samsung, Realme 1 or any other device.

Realme has been pretty steadfast at rolling out updates to their devices, both OS upgrades regular security patches. The Realme1, Realme 2, Realme C1 and the Realme U1 are all pretty ‘old’ realme devices at this point.

All those devices have been regularly updated throughout their lives and currently, they all run Android 9 Pie with ColorOS 6. Users of these devices, Realme 1, 2, U1 and C1 who are hoping for an update to the company’s Realme UI are out of luck.

According to Realme India CEO Madhav Sheth, these devices might not get updated to Realme UI. In an episode of #AskMadhav, the CEO is asked whether Realme UI for devices like Realme 1, 2, U1, and C1 based on Android 9 will be pushed out.

The CEO proceeds to explain that Realme UI is only developed on Android 10.

Realme UI is developed and based on Android 10 Only. So devices like realme 1, 2 U1 and C1 can’t be updated to Realme UI. And developing Realme UI on Android 9 is not in the plans.
– Madhav Sheth, CEO Realme India

With that, all hopes for Realme UI update for the Realme 1, 2, C1 & U1 are out the window, along with the hopes for an Android 10 build for these devices.

We can only hope that Realme strives to deliver more than just one Android upgrade to its devices, to at least two, like many other OEMs. 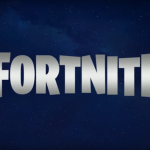 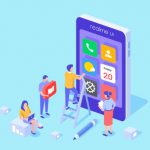