If you have been following PiunikaWeb, then you might be aware that in one of our posts, we have reported that the Google Pixel Buds users were experiencing static sound, stability, and connectivity issues.

Everything, be it replacement of the Google Pixel Buds or the workarounds advised by Google, failed to solve this issue. Eventually, Google stated that a software update will be pushed to fix all the issues.

Google was quick to come up with the update and made the v296 firmware available for the Google Pixel Buds users via OTA.

Ideally, this should have fixed the hissing, static sound, stability, and Bluetooth issues that the Pixel Buds owners are facing for quite a while now.

However, this ideal scenario was not the case for all the users as some of them are still facing the same issues even after updating the software.

Google Pixel Buds owners took to the official support page and other platforms to bring to notice that the firmware v296 does not fix the said bugs and issues. Here are a few of the user reports:

Firmware 296 has not fixed the issues. Hissing in right ear only.
Also connection to Windows is incredibly spotting especially using Teams.
Does anyone have an idea of why this is happening? Is it a hardware thing?
The left ear bud is absolutely fine.

Still have the issue in right earbud after 296 update

Fortunately, Google is aware of this situation and one of the product experts has stated that they are taking feedbacks as the update did not solve the issue for many users, and further guidance will be provided, once available.

Please continue to send feedback to let the developers know that you’re still hearing the static hiss on 296. I’ll also see if I can get any other guidance.

It is, however, unclear as to how when Google will fix this issue on the Google Pixel Buds. We expect the OEM to release another round of software updates in the future to fix all the issues. We will keep you posted once there are any further developments in this regard. 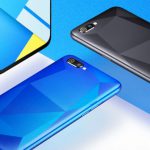