The new DLC for Pokémon Sword & Shield version is finally at our doorsteps & is set to release on June 17, 2020. The Isle of Armor will showcase tons of exciting new features and characters. The latest expansion will be set on an island called, you guessed it, “The Isle of Armor”.

The island is a huge isolated land mass floating in the sea. It gives shelter to some of the most exotic locations unseen in the main Galar region of the base game. Locations such as beaches, forests, marshes, limestone caves, sand dunes and other natural wonders will be featured. 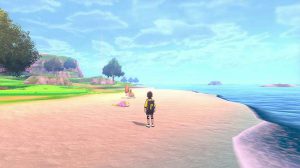 Isle of Armor will also be populated by a wide variety of NPCs. Today we are going to take a look at all the key characters found in the game.

Since the beginning, each Pokémon game and it’s DLC have featured a customisable player character which is chosen at the start. The formula is simple, a professor greets you while making you an offer to work alongside them in discovering the world of Pokémon. 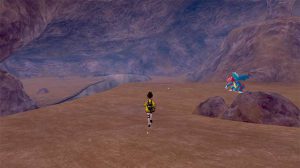 You then proceed to choose between a male or a female character you’ll play the game as. Similar is the scene in Isle of Armor. You are given a choice between a male and a female protagonist dressed in training clothes. Your character will join the battle dojo on the island and train to grow stronger and confront challenges. Tighten your body and mind with these special costumed and hard working heroes.

Mustard will be met at the Battle Dojo on the Isle of Armor. He is the owner of the dojo and a legendary trainer who was an unbeaten champion for 18 years. The player will train under his teachings to grow stronger along with their Pokémon. Mustard still remains unbeaten and his record for 18 years of consecutive Pokémon League wins is still unbroken. He may look old and shaggy but beneath those wrinkles is a natural Pokémon master.

Pokémon Sword and Shield will handle their DLC rivals differently. Depending on which version of the game your grandma gifted you for Christmas, you will face one of the two skilled rivals in your journey.

Klara is a skilled trainer who is working hard and learning under Mustard’s supervision to grow stronger. Her goal is to one day set up a Pokémon gym and a stadium of her own. 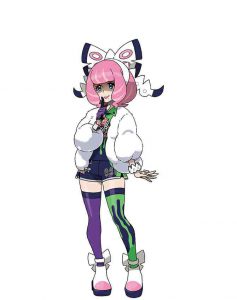 She is a poison type Pokémon trainer. She will do anything to look adorable and cute as popularity is her prime priority. But don’t be fooled by her looks, as beneath her smile is a calm and calculating mind that she puts to use to her advantage. You will encounter her and face her off at different occasions if you own the Sword version of the game.

Avery is another trainer under Mustard’s guidance alongside you. He strives to become a better trainer in the dojo. Avery is a well mannered gentleman who is often misled by his pride. He is a psychic type Pokémon trainer who puts great use to his abilities. You will encounter him and face him off at different occasions if you own the Shield version of the game. 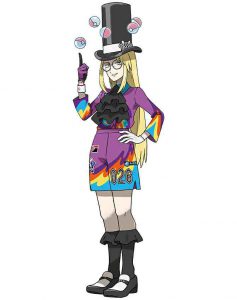 That sums up the key NPC characters coming tomorrow with The Isle of Armor DLC. We cover news and other content related to Pokémon games every now and then so be sure to check us out if you too are a Pokéfan like us.