When it comes to life simulation-based games, The Sims series is surely a front runner. So far, four titles have been launched in this series. The Sims 4 was released in September 2014 & is available on all the major platforms including PS4, Xbox One & PC.

However, the game is only available in the single-player mode. So far, nine expansion packs have been released for the game. The latest one is the Eco Lifestyle, which was released on June 5, 2020. Also, sixteen “stuff packs” and eight “game packs” have been released until now. It has been five years since the release of The Sims 2014, & now players are desperately waiting for the arrival of The Sims 5. Will the new game will release on the next generation consoles & what will be it’s new features ? Well, let’s discuss in this article below. According to PSU, The Sims 5 has been featured in the official PlayStation magazine, which mentioned all the upcoming 38 PS5 titles. Based on this strong hint, one can assume the release of The Sims 5 in 2021. Also, we might hear the announcement of the new title in the upcoming EA Live event as EA is the publisher of The Sims series. EA Live has been scheduled to take place on June 18 at 4 pm PT/7 pm ET. So, far the confirmed list of titles from EA includes the following: FIFA 21, Madden NFL 21. Coming onto features, we can expect more open-world exploration in the upcoming Sims title, as it one of the most requested one from the community.

Players can also expect a better transportation system in The Sims 5. Currently, several mods are there to improve transportation in Sims 4, but players are requesting those sorts of features within the game itself. Well, we are keeping a track on all the developments related to The Sims 5, & will update you with more information whenever it arrives. 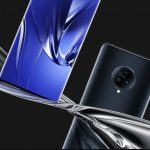 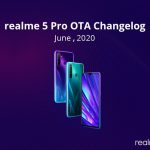