Over the years, the best go-to Android TV streaming set-top box (STB) has been (and still is) the NVIDIA Shield. So far on its third release – the Shield TV 2019 and Shield TV Pro 2019 – the STB is still not perfect.

Out of the box, you still miss out on things like YouTube HDR, HDR10+, HDMI 2.1, and even Wi-Fi 6. But you are getting some good stuff too, among them super-fast performance, impressive 4K upscaling, and a much more improved remote.

The best additions to the NVIDIA Shield TV 2019 over their predecessors, though, are the support for Dolby Vision HDR and Dolby Atmos audio. Unfortunately, Shield TV Dolby Vision issues have been affecting many for months now. 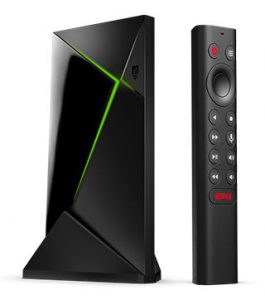 As per multiple reports coming from various forums, the Shield TV Dolby Vision issues in question are related to colors displayed when viewing Dolby Vision content.

Apparently, cases of massive color banding in Disney+, overcooked near red in Netflix, and related playback issues through Plex and Vudu have been put forward by affected Shield TV 2019 owners.

The Dolby Vision color issue, as seen in the screenshot, isn’t new. Months down the line, though, NVIDIA hasn’t fixed it and device owners are growing frustrated.

Damn Nvidia …. how long till we get an update on this issue ?? I bought the shield months ago only for Netflix Dolby Vision+ Atmos but I still have to use my bluray player(no atmos but proper DV).
Source

NVIDIA has yet to make an official statement on this matter, which makes it hard to tell whether a solution is in the works or not. Hopefully, someone from their end says something sooner than later.

We will keep following and let you know when a fix is available. Stay tuned to PiunikaWeb.