Foldable smartphones were thought to be the new evolution of smartphones. However, a couple of years in and the folding smartphones we have seen leave a lot to be desired and the pricing, well, lets just say ‘early-adopters’ tax’ is a thing.

One would expect that such a unicorn device would get as much support and attention from Huawei as possible. ANd for the most part, yes! This device has been pretty well-updated.

Last we saw the Huawei Mate Xs get the April 2020 security patch update with a few bug-fixes and security enhancements. More on that here. Today, the company is rolling out EMUI 10.1 Beta to Huawei Mate Xs owners in the Beta channel.

This update, EMUI version 10.1.0.110 is an internal test build. It brings optimizations to the device’s camera and adds a Kingfisher micro stereo clock style in the screen display among many other enhancements.

Also worth noting is that, you can roll back to EMUI 10 should you have issues with EMUI 10.1. However, you will lose all your data in the process so you might want to make a backup of your device before updating to EMUI 10.1 Beta.

Should you find yourself in need of rolling back, you can follow Huawei’s official rollback instructions here. 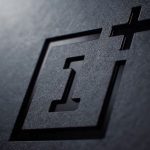 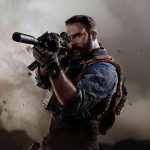