Call of Duty Modern Warfare Season 4 update is out & it has added a plethora of new content to the game. The patch was scheduled for release on June 10 at 11 pm PDT. While it was supposed to release earlier, the patch got delayed due to protests in the USA over the death of George Floyd.

Call of Duty Modern Warfare today’s update has added Weapon Mastery Challenges to the game. It will be available to players once they unlocked Gold for a weapon. Each weapon features 8 challenges which include the following: Kill Challenges, 2 Headshot Challenges, and 4 additional Challenges. All these challenges are required to be done in order & each of these challenges has its own rewards.

Cut to now, as we know Modern Warfare updates are usually very large. But this time before the release of the patch, Infinity Ward Sr. Communications Manager, Ashton Williams, informed users on Twitter that:

We’re continuing to sweep all assets to make size reductions where we can, and also further optimize future patches for size. If helpful, one reminder for console players, you can uninstall the content packs for modes that you’re not playing if you want to free up space

The Season 4 download is going to be large. In order to reduce the overall disc space that MW and WZ take up, we’re compressing a bunch of assets. Once installed, the S4 launch will only take up an additional 4GB on consoles for all of the new content

But even with all the optimization, Xbox One players are puzzled with the size of today’s update. The update was supposed to have the following sizes on various platforms :

It will also take up an additional 4GB of space after install on consoles. Well, Xbox One players are not observing 44.3 GB size, they are seeing a massive size of over 84 GB. This huge size of the update has infuriated players & they have taken the route of Twitter to mock about this update. Also, it is currently trending on Twitter.

Well, but there is some good news too, as Infinity Ward has acknowledged the issue on Twitter & their team is currently investigating the problem. You can check out the official statement down below. So wait is currently the only option you have if you are affected. Rest assured, we will update the story as and when we have more newsworthy stuff related to it. 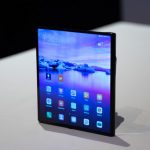 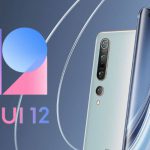