Samsung is expected to begin rolling out the update to One UI 2.5 in the coming weeks, but it isn’t exactly known when the software will be released.

As usual, though, tech companies often find it hard to hold onto exciting stuff that are being worked on for the near future. Samsung is no exception.

The Korean company might have just dropped a major hint regarding the availability of the One UI 2.5 update. In an update to the Weather Widget, Samsung has included some interesting release notes.

Apparently, the updated Weather Widget now supports the company’s new UX skin dubbed One UI 2.5. We both know the skin isn’t here yet, so this could most likely mean one thing – that Samsung is getting ready to begin the rollout soon.

Samsung Weather Widget updated to support OneUI 2.5. You guys think this is any indication OneUI 2.5 is almost finished? Hopefully the release is soon. Anyone know of any rumoured dates?
Source

Eagle-eyed fans are already looking at this as a hint that Samsung One UI 2.5 update is almost ready to roll out. It is believed the Galaxy S20 series will get the update first before the Galaxy Note 10 and Galaxy S10 series joins the party.

Other sections also believe that the upcoming Samsung Galaxy Note 20 may be the first device to run the software out of the box after which OTA updates will be made available to older models. The Note 20 is expected to launch in August.

We will keep an eye on the developments and let you know when Samsung begins rolling out the One UI 2.5 update. 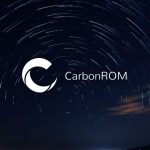