In today’s section, we have the following devices receiving the recent updates. The list covers Realme 6, Sprint Samsung Galaxy A50, and Telstra Samsung Galaxy S20+ getting the newest June OTA.

If you have not yet received this OTA, click here to download. Here’s what the changelog reads:

First up is Huawei Nova 5T receiving the May OTA which arrives with version 10.0.0.212 (C431E3R1P2). The increased security can be expected from this update.

Next up is Huawei P Smart Z also picking the May OTA. The update applies Android security patches to boost security. The update comes with version 10.0.0.196 (C431E8R1P2).

Here’s the complete changelog for all Huawei updates:

Sprint has pushed out the updates to Samsung devices. Samsung Galaxy A50 is picking the all-new June OTA while Samsung Galaxy Z Flip is getting the May OTA. Let’s take a look.

The Update bears bug fixes along with new or enhanced features. It comes with further improvements to the performance of the device with improved security.

Most of the Samsung devices are grabbing the newest June OTA whereas Samsung Galaxy Z Flip is picking the May OTA. This update comes with network connection enhancements and RTT/emergency improvements. This update arrives with the software version F700USQU1ATD8.

Australian carrier Telstra has now released the June OTA to Samsung Galaxy S20+. The OTA focuses on device stability improvements. It also brings bug fixes accompanying new or enhanced features. The security and performance of the device also get improved with this security update. 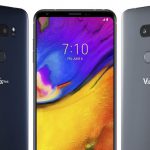