If you are a fan of racing games, you surely have heard of the Need for Speed series. Well, the journey of Need for Speed started with the release of its first title in 1994. Since then, we have seen a series of NFS titles & the last one was Need for Speed Heat.

The latest title in the series NFS Heat was released in November 2019 & it was published by Electronic Arts. The game received mixed reviews from publications & fans. But it’s car customization feature was applauded by all. Cut to now, Criterion Games general manager has announced good news for Need for Speed fans. NFS Heat has become the first EA title to offer cross-play, meaning that players – regardless of their platform can race together in Palm City. Cross-play will available to everyone once players install the June 9 update (1.07). Players can activate the Cross-play functionality in the privacy settings in the game menu. After enabling it, you will be able to race against players across PC, Xbox One & PS4. If you want to find your friend, you just need to head over the Find Players menu. Then you need to go to the Party Menu, & see friends who are online. But in order to create a party, they also need to activate the Cross-play option. Next to players’ names, you will find icons, which will indicate which platform they are playing on & you can also use the proximity voice chat to talk to them. In addition, June 9 update has also addressed the issue of missing vanity items for 100%ing the game. Also, players will now encounter DR1005 less often. 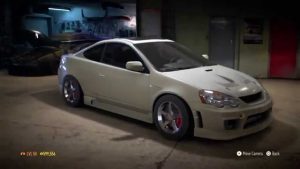