Xiaomi’s MIUI 12 has been out for over a month now, although this is mostly true for folks in China. The global ROM, on the other hand, made its debut a couple or so weeks ago.

To date, only a handful of Xiaomi devices can access the near-stable version of MIUI 12 update outside China. These are the Mi 9, Mi 9T, Mi 9T Pro, Redmi K20, and Redmi K20 Pro.

Xiaomi is expected to begin rolling out the stable MIUI 12 update to more owners of the above devices probably this or next week. But this will depend on how fast existing MIUI 12 bugs can be addressed.

It is only after the Mi 9 and Redmi K20 family of devices receive their MIUI 12 stable updates that Xiaomi will switch focus to the budget Redmi Note 8 Pro and co. This will be part of phase 2 rollout that is expected to begin somewhere in July.

But according to a MIUI forum moderator, the stable Redmi Note 8 Pro MIUI 12 update may begin rolling out towards the end of this month, June 2020.

The rollout should begin at the end of June, but for selected devices. All other devices should follow after. Be aware though, that even after the rollout begins, you may not receive a notification straight away, as the rollout will progress in phases due to the massive strain on servers and networks.

However, even the Redmi Note 8 Pro MIUI 12 update arrives this month, the initial rollout will be limited to select units before a wider rollout in July as expected.

Pilot testing for the beta stable update to MIUI 12 for the Redmi Note 8 Pro is now live. Head here for more coverage.

Redmi Note 8 Pro users in India who are part of the pilot testing program are now receiving the stable MIUI 12 update. This new software comes as version V12.0.0.3.QGGINXM and is rolling out via an OTA update with a download size of 635MB. See the full story here.

We will keep an eye on the story and let you know about the rollout. Meanwhile, check out the Xiaomi devices that have received Android 10 here and those that could get upgraded to Xiaomi Android 11 update. 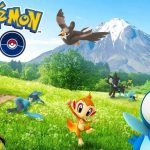